“When Did You Aspire To Become A Spiritual Healer?” 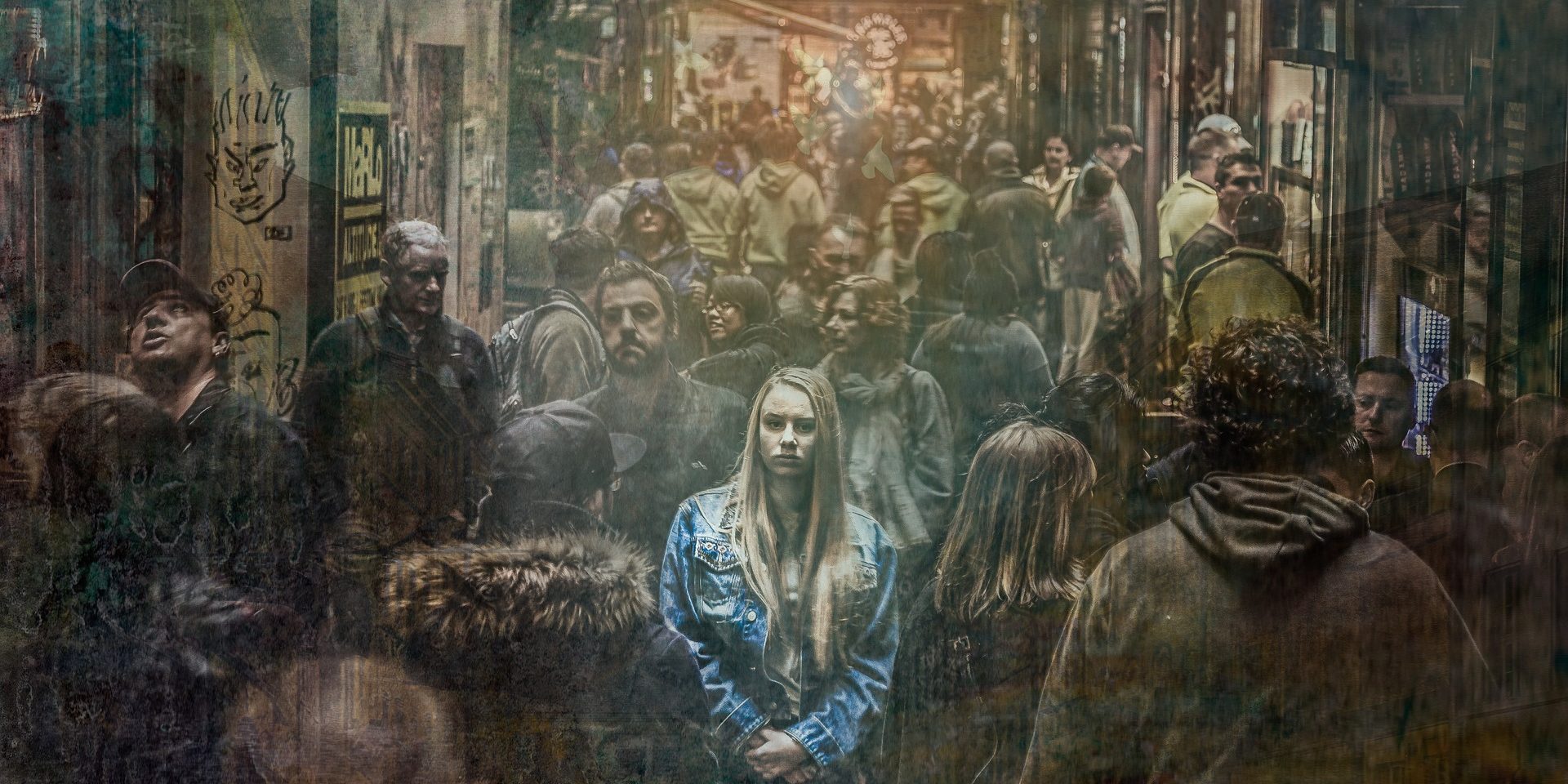 Especially when it comes from an experienced healer who knows the drill. Here’s why it’s a eye-brow raising question to receive. It really asks:

For those of us who have walked a path that eventually led us to doing healing work for others, the question is a bit of a shock.

When I received it the other day, I was rattled.

It didn’t help that the question came from someone I had considered a teacher for a decade, someone who is fully aware of the impact of making such a statement, even framed as it was, an innocuous question.

I’ll address the third point, and work backwards from there.

When did you aspire to the status that healers are afforded?

In many cultures, certainly the cultures indigenous to North and South America, healers are afforded great status within their communities. It is possible that someone who aspires only for prestige and position would see healing as a way to afford that.

But the non-native, mainstream, European-based, old-boy WASP-y culture is not one of them.

Anyone who ‘aspires’ to be a healer in my community, aspires to be questioned, judged, written off as a new-ager. Their families quietly roll their eyes, even if they have the manners not to do so at the table (a moot point really, because spiritual healing is simply not an acceptable dinner table topic.)

If the healer is deeply involved in the church, the matter complicates, for some churches (although not all) will accuse them of blasphemy, witchcraft, and heresy in general.

Imagine having a day job on Bay Street? Nothing will erode professional respect faster than an admission of spiritual work. Having a mental breakdown in the boardroom during a directors’ meeting is better accepted than an open admission of shamanism. The former is understood and happens frequently enough. The latter is just… weird.

So where is this status we aspire to? Perhaps it’s only when we go public, step into the light, and open our own businesses that the status happens (and the money rolls in, obviously.) Well, let’s break that down…

At the time of writing this, my website is, if not the top, near the top of Google for relevant search terms in my area. How many resultant clients pound on my door for appointments, you may wonder, over the course of a month: Hundreds? A thousand?

Try one a week. Maybe two if it’s a busy week… The market, ladies and gentlemen, is small, even in the third biggest city in North America. Alas, there will be no oysters on my non-existent yacht this summer when I don’t sail to Monaco.

When did you decide to ignore the teachings by proactively making the assumption that you were gifted, and without the input and recognition of already recognized medicine people?

This is a bit more complicated to answer because most healers, at some point, have received the encouragement of a more experienced healer (and thank goodness for that.)

The “teachings” in this context, refer to the teachings of the person asking the question. In my case, he is Indigenous, and he asked the question because he knows I know the teachings, having been adopted in many years ago.

But I left the community after seven years and decided to explore spirituality from own background. For about nine years, I assumed that the reason the Spirits taught me healing work was because my path – my gift – was to facilitate healers. That is a different thing than facilitating healing.

Working at Anishnawbe Health taught me that it is possible to run a health and wellness centre combining traditional (or in the non-native world, alternative) healing modalities alongside western doctors and nurses.

I saw first-hand how AHT’s Executive Director travelled the country to vet traditional healers before they were hired, and the structure and policies that were involved in protecting both the client and the healer during healing work. It was a wonderful and rare experience.

Meanwhile, back in the non-native world, I was learning what a dog’s breakfast non-native healing is. Going to see a non-native healer is an absolute act of courage because one has no idea how that person came to the healing or if they are doing it in a good way.

Wouldn’t it be wonderful, I thought, if I could provide a place where anyone could go and have a semblance of confidence that the healer they were seeing was well-vetted? As a client, I would love that!

And so I assumed the Spirits were teaching me about the work that healers do, so that I could better understand what I would be vetting. It wasn’t until years later that the Spirits started to be more clear with me; and showed me that I was meant to actually DO the healing work.

I didn’t like that idea. I resisted it for a few more years. Having worked with healers, I saw what they go through; I was already aware of the way their lives are co-opted, I believe the term I used at the time was ‘hijacked’!

Not to mention the fact that healers are not well-respected in our society. Oh hell no, was my response. Why would anyone want that?

Meanwhile my teacher at the time was saying “Kim, you are being asked to do this, you need to pay attention,” and a good friend reminded me that the reason we are given gifts is to help our community. It’s a sacred obligation.

After years of the Spirits tap-tap-tapping on my brain, I finally surrendered and said ‘fine,’ and sought out my current teacher, who at that time was living in Toronto, Daniel Leonard.

Unlike in the local indigenous community, where gifts in others are identified and that person is brought in at a young age and taught by other healers, in the non-native community, it’s up to us.

There is no community structure to identify young people, and everything is monetized. There are no non-native health clinics offering spiritual healing for free. So healers walk their path, feel/hear their calling, and struggle with what it means and how to handle it.

My practice is special in that most of my clients are incredibly powerful themselves. Apparently, what I thought was my gift: To facilitate other healers, is still at the centre of my practice, but the fact that I had to actually step into that work, was an unanticipated plot twist. I got it half-right, I suppose.

The point is, don’t judge me or other non-native healers because we didn’t come to things in a ‘traditional’ way, as per North and South American indigenous teachings.

We come to the work in the best possible way given mainstream culture and its lack of spiritual structure. And there’s an assumption there that the way we come to it is wrong in some way.

Nothing happens without God’s permission. Perhaps this is the way the Scots and Irish came to the work a thousand years ago. Or perhaps not. Nobody knows, so I’m not going to worry about it. We do the best we can with what we are given on any given day.

When did you get so arrogant as to assume you could do the work?

Moving towards healing work is an act of healing in itself. Anybody who does this work goes through a period of initiation. (Usually it’s a few periods of initiation, but who’s counting?)

For me, it started with a year-long illness when I was 28 that cracked me open and made me question everything about myself: My identity, my strength, my self-worth, my relationships, my career – everything. It was horrible, but apparently it was necessary. I didn’t enjoy it, but I don’t regret it.

It was a few years later that I started to walk a spiritual path in earnest (again, always believing my role was to facilitate healers in a non-spiritual way.)

But in time, as I accepted my role to not just facilitate healers, but the Spirits themselves. I finally surrendered to what the Spirits were telling me, instead of questioning it (the most arrogant thing one who works with the Spirits can do.)

I also came to understand that each progressive step in the ability to do healing work is either preceded or accompanied by a soul-wrenching, gut twisting, existential crisis-inducing period of self-healing.

After all, how can we work with our clients if we, as people, can’t understand at least a semblance of their pain?

And according to the Spirits, the more we understand, the better. There is a reason that Shamanic Healers are known as the Wounded Healer.

And if you’re really lucky, the Spirits will tell you why they put you through this and you begin to figure out that it’s all a learning exercise.

It is not arrogance that empowers the work; it’s the humility that comes from suffering.

The bottom line here is that few healers choose this work; the work chooses them, and while it helps others, for the healers themselves, there is generally little monetary reward or a high status in society granted.

I think of the archetype of the sin eater or the fairy seer who lives alone at the edge of the village, shunned until her clients need her, considered unclean by the church, feared by churchgoers, and abandoned by her family. Things really haven’t changed all that much in our culture.

I suppose that the teaching I was meant to learn when my former teacher asked me that question was to examine my role in this path frankly, to step away from those who cannot or will not support me and the work, and, ultimately, to stand alone with confidence.

Perhaps that was his intent all along and I’m grateful for the teaching.